Well, perhaps one such as myself, who doesn’t have anything eerie to say, or anything that involves severed heads or people in hockey masks or even the good ol’ F.K. (Freddy Kruger, which reminds me of the nickname my parents and I gave Zemen’s boyfriend Freddy when I was seven years old) should NOT blog.

But I am not one to follow should’s and should not’s.

So instead of writing about appropriate Friday the 13th material, I’ve decided to return to a beloved topic of mine: the public toilet. Porta-potties, to be exact.

If you followed my blog last year, you might remember my trauma. (If you’d like to catch up, you can read about it here).  Now, I remember at some point in my life being in some fancy porta-potties (porta-johns? What do people elsewhere call these things?)–perhaps when I was in Germany. The voice of the Frau is coming back to me, raving about how advanced the Germans were in every way, including their toiletting system, but if I recall correctly, we had to pay for those.

My experience occurred during my trip from Dunedin to Queenstown. The other people on the bus must have thought I was an odd fetishist, or a native to a third world country where I was used to squatting over a hole in the ground, because of all the fascination I bestowed on a public toilet. And yes, if you’re wondering, OF COURSE I TOOK PICTURES.

First of all, they look like elevators, or vessels of the future. There were several lined in a row, and those buttons on the side indicate if the toilet is occupied, vacant, or out of service. There are buttons on the inside, too, to let you in and out.

And everything was automatic, so you didn’t have to touch anything—including (and this was a first) the toilet paper dispenser. It’s genius. It prevents the overzealous person from spinning the roll uncontrollably to waste it all over the bathroom floor (just a flashback from the porta-potty of Roswell):

Then there’s the sink, complete with automatic soap dispenser, water dispenser, and high-powered hand-drying device. Don’t forget the mirror, which was immaculate, by the way.

This was my favorite part. 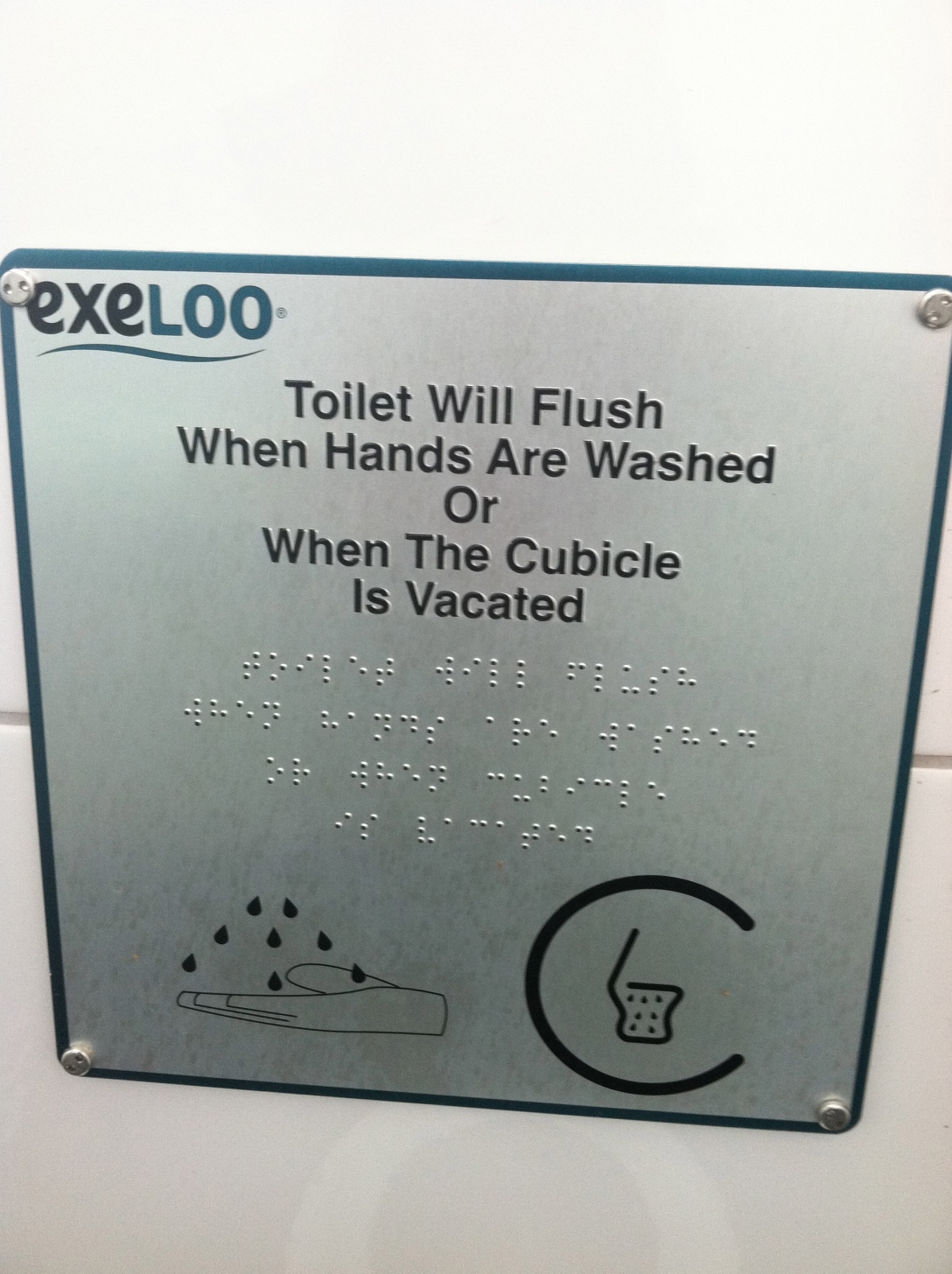 Therefore, if you hear a toilet flush as the door open, you will know the person was being unsanitary and you can freely pass judgment.

Roswell Tennis Association: perhaps you could look into these?

3 thoughts on “Friday the 13th: Ode to public toilets”

Follow They Call Me Fushilou on WordPress.com
Join 1,607 other followers