I had wanted to be on Thassos today.

I don’t mean that in the “I want to be on Thassos every day” way, though that’s also true, but today has special significance.

As some of you may recall, I struggled with visa issues when trying to stay in Greece at the end of summer. I thought it would be relatively easy to extend my tourist visa* for another three months, and at that point I would look for a job that could offer “real” papers.

*Americans do not need an actual visa, but we all have a 90-day limit to staying in Schengen countries, activated at the point of entry when our passports are stamped.

It was not as easy as the website made it seem. Several people suggested I just cross the border into a country like Bulgaria or Albania for a few days, return, and be granted another 90 days of stay. But as my luck would have it, that rule changed, and now one must leave for 90 days before being allowed to return.

Well, yesterday was my 90th day. Today is the first day I am legally allowed to be in Greece again.

I had calculated the date when I was still in Greece, back when I thought I could extend my visa to six months. If I were able to do that, but unable to secure a job, I would have needed to return on this day. Looking at a calendar, I realized I would be back in time for Thanksgiving, so even though I would struggle to leave Greece, at least I would see my family and eat pumpkin pie and practice the discipline of thanks-giving, which is an effective way to ward off sadness and despair.

It gave me a small something to look forward to.

That was not the case, of course. I returned on my 90th day, law-abiding citizen that I am**, and transitioned into the life I’d known before.

**some of my Greek friends are convinced I could have stayed and nothing would’ve happened. But I was afraid I’d be that person, the one who has some freak accident that causes authorities to examine my passport and realize I’ve overstayed my visa, and then they’d select me to be an example, the first deportation in the history of America, flagging me as a threat who is unable to return for at least 10 years. It didn’t seem worth it.

Surprisingly, I did not think about returning to Greece as soon as possible; I needed to formulate a better plan, to not cry wolf again. Declaring, “I’m moving! Okay, just kidding,” is not something I wanted to make a habit of, especially because I don’t want to take advantage of those who let me return to my apartment and my job without any hitches.

Then Thassos caught on fire, and everything changed.

How could I be here while the place I love burns? As illogical as it seemed, I was ready to run straight into the flames, water pistols a blazin’. I wanted to help. And I would have likely caught the next flight out except I was bound to America for another 80 days.

That’s when I calculated the date for the second time, and I realized I could return to Thassos the week of Thanksgiving, with two built-in holidays from work. It was perfect. I’d have another, completely different, reason to give thanks.

Unfortunately, life does not always go the way I think it should. I’m not arriving into Greece this morning. I won’t be kneeling over the ground that I love so much, a remnant of ashes that have washed away. I will not be sharing glasses of tsipouro from the newest batch of the refurbished (post-fire) still. I won’t be sitting around the table with my other family, my parea.

At least not any time soon.

Today, Thassos, I think of you, and I give thanks. 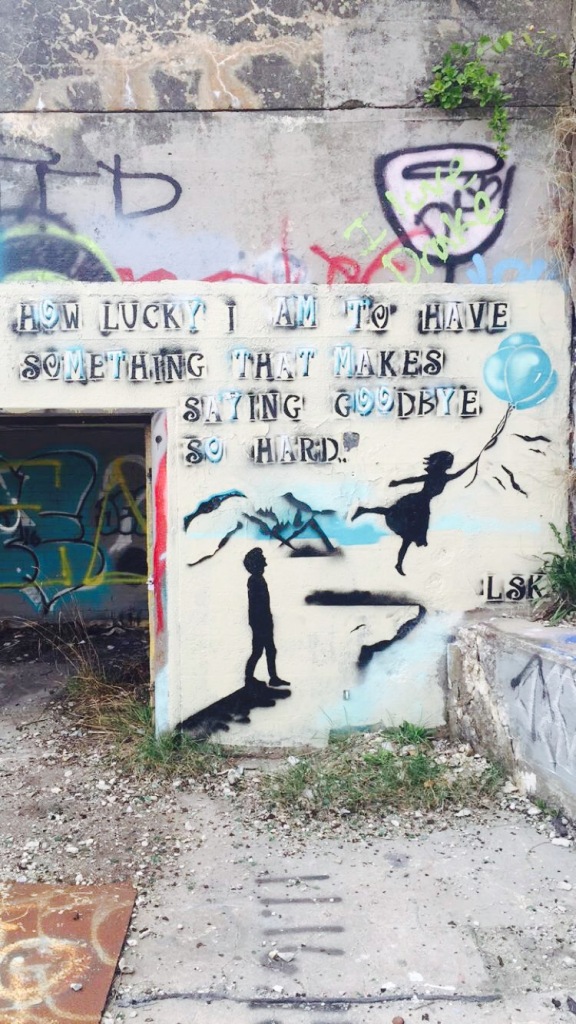 These carrots are not like any carrots I grew up with (no offense, Mom). BBQ Maple Roasted Carrots, Carrot Purée, Carrot Crumble...this is more like dessert in vegetable form. Totally plant-based tasting menus, @twelve.plants Chef Peter is doing great work. You can find him popping up at @vinya_test_kitchen. I recommend making a reservation before he’s famous (I heard he’s got a six episode deal with @therhodeshow 😂).