I’m interrupting posts about Greece (there are more to come, if you can believe it) to share a story about my artist friend, Amanda. She is an inspiration, and I had no idea how remarkable her story was until I sat down to interview her. I’ve included some of her work (all pictures are hers) and a link at the bottom where you can find out more. Happy reading 🙂

Amanda Gregornik is one of the most humble people I’ve ever met. Half-hidden by her side swept bangs, her smile lights up the room. She’s a 24-year-old teacher in her third year at Barrington Christian Academy, and much to her bewilderment, she has been “discovered” by her colleauges.

Gregornik is a closet artist. Painting has always been one of her passions, along with photography, but unlike most millennials, she doesn’t post her work on every platform of social media she can. In fact, she never even thought to take pictures of her paintings until one day a friend in Rhode Island asked Gregornik to paint a piece of artwork for his new house. “I didn’t even know he knew I painted,” Gregornik confessed. After Gregornik completed this commission, she sent her friend a photo of the piece to gain final approval, and it was only for this reason that Gregornik happened to have a photo of her artwork on the day of BCA’s Spring Artshow. 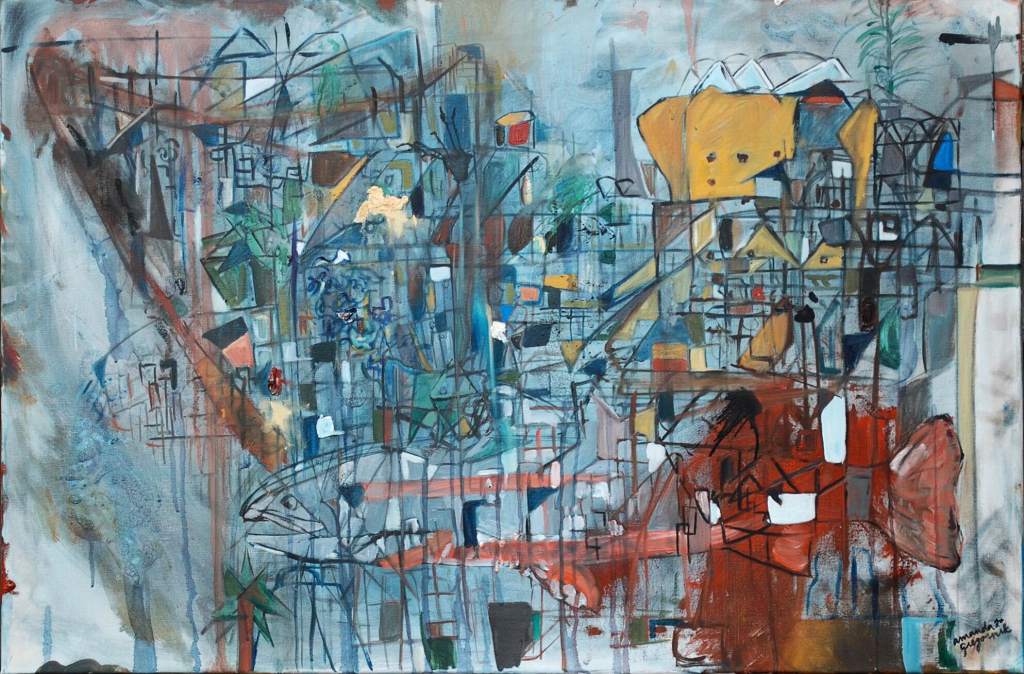 That was the day Sandy Townsend, art department chair at BCA, discovered Gregornik’s ability. “I was just blown away,” she said. Gergornik’s artwork reminded her of Swiss-German painter Paul Klee, whose painting happened to be on display that month as the school’s featured Artist of the Month. “The timing was very extraordinary,” she notes; both Klee and Gregornik are abstract artists who use colorful, geometric shapes that have a touch of the whimsical, but what stood out to Townsend was the depth of Gregornik’s pieces. “She invites the viewer into her work on so many levels,” Townsend explained. “Initially there’s a abstract grid, geometric shapes in beautiful color palates, but underneath that you can find hidden objects and animals—Amanda really invites viewers to travel into her pieces to see the next layer.” 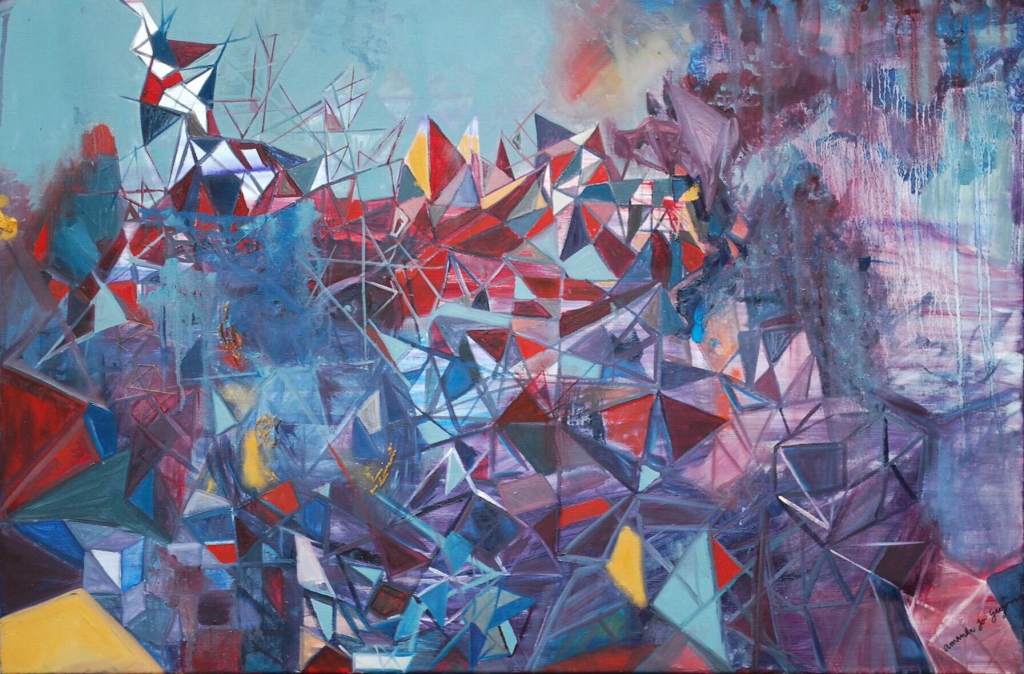 It’s true that Gregornik incorporates hidden objects and meaning into each painting, specific to the person who inspired the piece. As a lover of old-fashioned letter writing, another of Gregornik’s hobbies, she describes her artwork as “writing a letter to someone without words—painting a letter to them.” Each of her pieces is entitled, “Dear ______,” and she really tries to get a sense of each person for whom she paints; and if she doesn’t know him or her already, she interviews them, asking about their favorite things, their favorite places, what inspires them. “If they happen to like a certain type of music, I’ll paint while listening to that music,” she says. Each piece is personalized, not only in execution, but in emotion, and that’s what’s so alluring about her work.

With so much talent and an obvious passion for art, I was surprised to learn that Gregornik wasn’t an art major in college. “I was one class short of an art major,” she said, “but that wasn’t my intention. I was just squeezing in art classes whenever I could.” Gregornik graduated from Wheaton College in Illinois with a degree in education, secretly hoping to one day be an art teacher. “But it wasn’t something I felt capable of,” she admits. And in fact, she was not hired at BCA to teach art—she began as, and still works as, an ELL teacher, among the other classes she teaches. It was Townsend who first suggested to the head of the school that Gregornik might be a good fit for the open mixed media position.

“She has an artful style of living—her persona is artful,” Townsend said, thinking back to her initial observations of Gregornik. Both Townsend and I distinctly remember the first moment we saw Gregornik’s cell phone case: a vividly realistic-looking watercolor paint set, so realistic, in fact, that restaurant waiters have asked her to remove her cell phone from the table thinking she had real paint. The phone case suits her perfectly.

Much like her layered artwork, of which Townsend said, “the more you look, the more you see,” there is more to Gregornik’s story than is seen at the surface. Despite her joyful exterior, Gregornik has faced many difficulties. As a senior in high school, she was given six months to live. Diagnosed at twelve years old with lupus, it got particularly severe when she was 17 years old. “I felt like a human zombie,” she said, “but I still wanted to get good grades.” In between chemotherapy she was taking AP classes, determined to keep up with the class. One of her best therapies, however, was art. Although she wasn’t able to take art class, she worked on paintings to donate for charity while in the hospital. Miraculously, she recovered, though she still lives with symptoms of lupus. Her drive to live life to the fullest, however, is still just as strong today as it was then.

Barrington Christian Academy is excited to celebrate Amanda Gregornik with her first art show. It will be held on October 29th, from 6:00-8:00pm at BCA, located at 9 Old County Rd. Over a dozen paintings will be on display, it’s open to the public, and there will be refreshments! “If I could, I would have people pay me in ice cream,” Gregornik says with a smile, only one more reason why we are friends. She’s looking forward to the event, not because her talent is finally being acknowledged, but because to her, “It’s kind of like a party—a community of people excited about art and creativity coming together to talk and have fellowship.” Come join the conversation and celebrate this beautifully spirited young artist.

You can view more of her work on her website.

3 thoughts on “Letters Without Words”

Follow They Call Me Fushilou on WordPress.com
Join 1,607 other followers