I ought to write about my visit with Ketut Liyer.

I went to Bali before I came back to America, and I admit, a large part of my decision stemmed from Liz Gilbert’s (surprise, surprise, Ms. I entitle my blog “Read, Play, Write” as a play on “Eat, Pray, Love”) story about the future-predicting Ketut Liyer. But here’s how the idea came about.

I was in New Zealand for no more than three weeks before I realized everyone (or so it seems) who travels to or within New Zealand supports East Asia tourism.  All of the people I talked to had been or were going to visit exotic Asian places, and they promoted these sites with zeal. “Thailand is AMAZing!” “Vietnam is beautiful!” “Cambodia has the best beaches!” and on and on ad nauseam until they mentioned a caveat that made me consider it seriously: “and everything there is so cheap!”

So, let me get this straight. It’s beautiful. I can afford it. It’s on THIS SIDE OF THE WORLD (which happens to be the OTHER side of the world from whence I originate), and I can get a tan there in the middle of the American winter? Fine, FINE! You convinced me; I’ll go.

The next question was where I should go—Thailand, Cambodia, Singapore, Bali, Vietnam, or the other obscure places I cannot mention without the aid of a map…? One of my friends from New Mexico said she might be able to join me, so I thought Thailand would be fun. But in the off chance she backed out, would I really want to go to Thailand by myself? I’ve seen Brokedown Palace and The Beach: nooo thank you. I’d be the naïve girl getting drugs stuffed in her suitcase by a cab driver after narrowly escaping a shark attack in the deadly cove of cannibals. And let’s be honest, Bali has beaches, culture, and the cute old palm reader, Ketut Liyer. There was no question: I wanted to go to Bali to see Ketut.

(My friend Lauren cruelly joked, “Ha, wouldn’t it be your luck that Ketut dies right before you get there?” BAH!! Don’t put that thought into the universe, Lauren!)

Blah-de-blah-de-blah, I arrived in Bali post my NZ road trip, having spent the night curled up in a frozen ball on the third floor of the Auckland airport, and I met my friend Max who kindly took a holiday in Bali so he could prevent me from being taken advantage of by druglords and other strangers.

We saw the Monkey Forest:

Hiked a volcano at Sunrise: 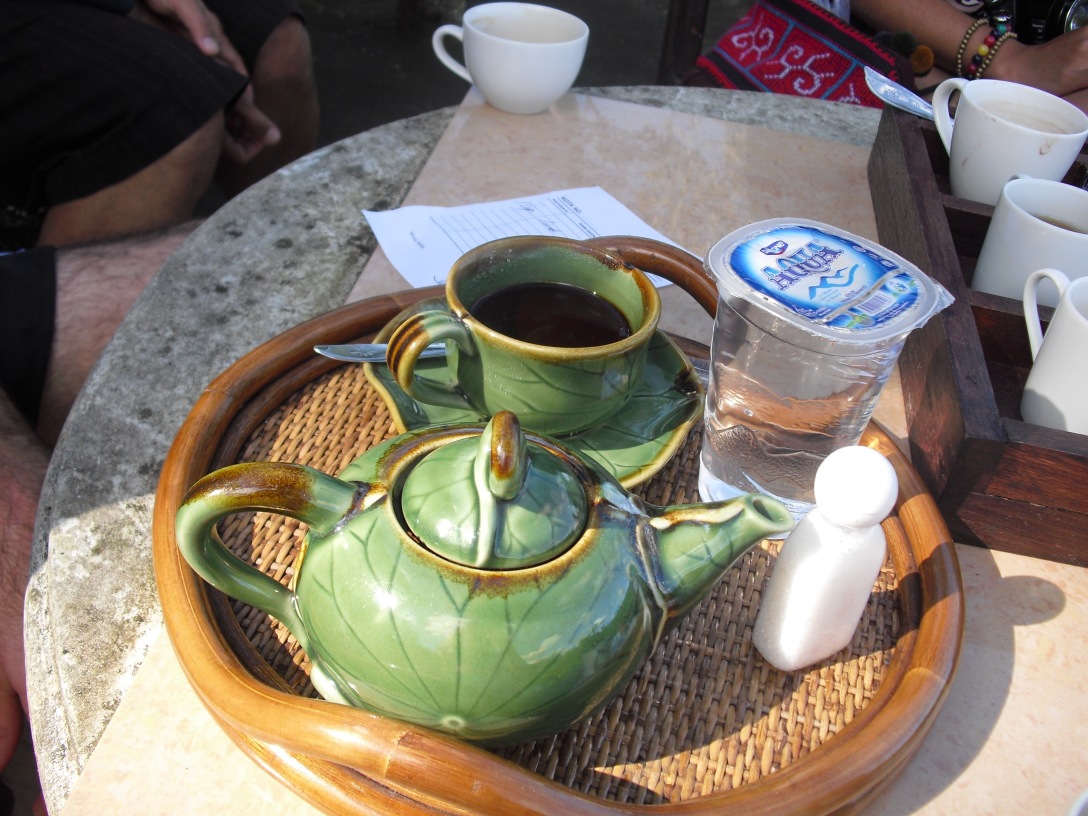 But my number one stipulation was I had to meet Ketut Liyer from Eat, Pray, Love.

Now, I’m not the first American to journey there for this purpose. In fact, Ketut now has quite a commercial business going in which he charges an astronomical rate because we’ve invaded his home.

I read online stories from other women who’ve had their palms read and discovered he tells everyone basically the same thing: “You very pretty. You will live a long life (100 years old), be very successful.” Something also about having lips like sugar.

I did not have high hopes. I was still excited, though!

It was like a peaceful version of the DMV, where everyone takes a number and waits her turn. There were four or five women (and one dude, who was traveling with a woman) in front of me, and each person had roughly 20 minutes with Ketut. During the wait, I struck up a conversation with a Canadian who told me about another girl’s session. Evidently she had just been diagnosed with lung cancer—while on vacation—and during her reading, Ketut lifted his palm in front of her chest and said she was very sick right there; as soon as she got home, she needed to be cared for. Considering she didn’t mention the cancer to anyone until after the reading…that’s pretty interesting.

Meanwhile, the Canadian was told by Ketut, “No more crying at night,” which she found to be remarkable insight, saying it’s something she’s been struggling with. I would have supposed that was on his list of staple responses, but maybe not every girl who comes to see him is as sad as me (or the Canadian girl, or Liz Gilbert)…

(In Ketut’s defense, before Liz Gilbert came around, he was a well-known healer and palm reader because of his trade, not because anyone made him famous, so he should have some insight.)

The Canadian (Ashley, maybe?) and I determined Ketut had a list of generic things he said, but sometimes he would hit on a truth, and maybe he really did know something.

Finally it was my turn.

I already knew, before I sat down, he would think Max was my boyfriend. No, Ketut. No, no. Please don’t screw this up, I thought. Considering my love life is always in disarray, this was the one area I needed him to focus. TELL ME SOMETHING GOOD, MAN.

Here is what transpired:

I sat down cross-legged in front of him and he told me it was very nice to meet me; my presence made him very happy. He looked at my ear—“a good ear”—and told me I’m very, very pretty. My eyes, my cheek, my eyebrow bone: all good. I’m very, very pretty. My lips are sweet like sugar, and the lines in between my forehead told him I was very smart. He said several times I would be successful. “One day you’ll be rich.”

He told me I was a lucky person, which in the grand scheme of things, I agree with, but I’m convinced the universe is out to get me, so I don’t equate myself with luck. He asked if I was still in school.

“You very smart. You will be very successful and make lots of money, oh yes.”

Then the important stuff. My love life.

“Oh, not so old. You have time. You have a boyfriend?”

Well, Ketut. YOU TELL ME.

“But I don’t have a boyfriend.”

“So I will get married? And the person I marry, have I met him already?”

Ketut looks at me like I’m retarded. “You marry your boyfriend.”

Well, that cleared everything up.

But when he read my palm, he did say one thing that was particular to me, something he couldn’t get away with saying to just anyone:

“You were almost married once. Almost, but not.”

“The next time, though, it will last.”

Since he didn’t draw me a picture of a four-legged creature with eyes on its chest and leaves for a head, I’m not—as it turns out—the next Liz Gilbert. But it’s nice to believe in a fairytale every once in a while. 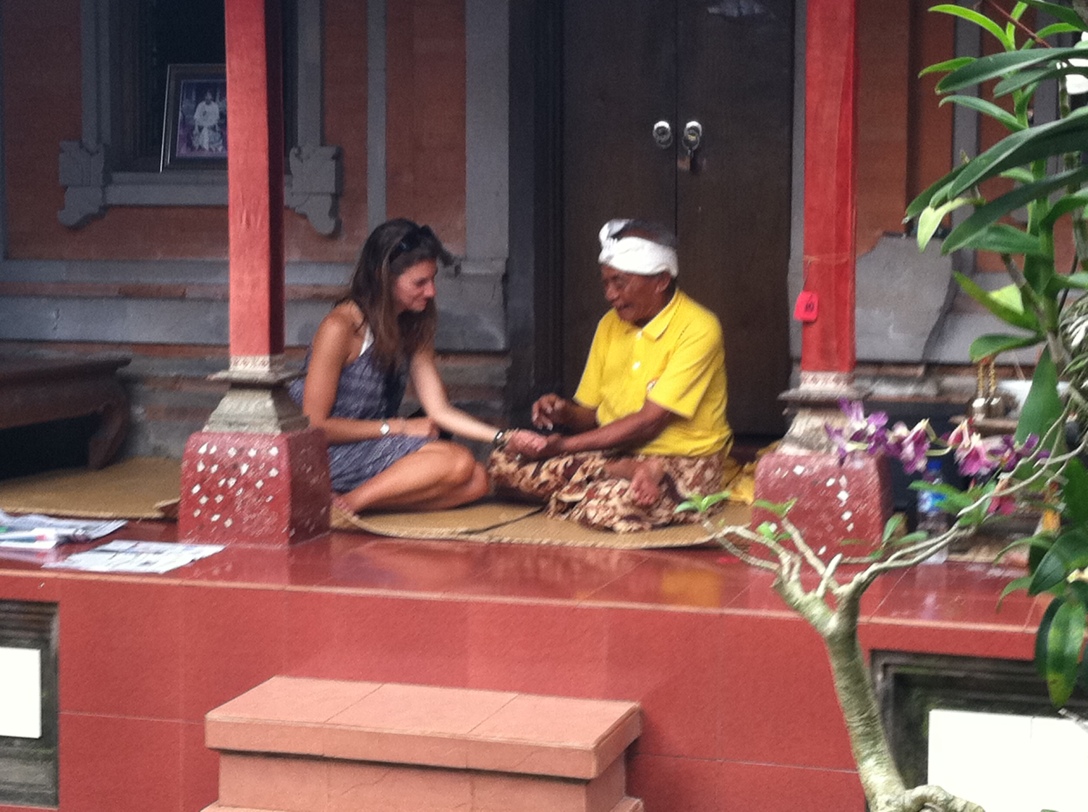 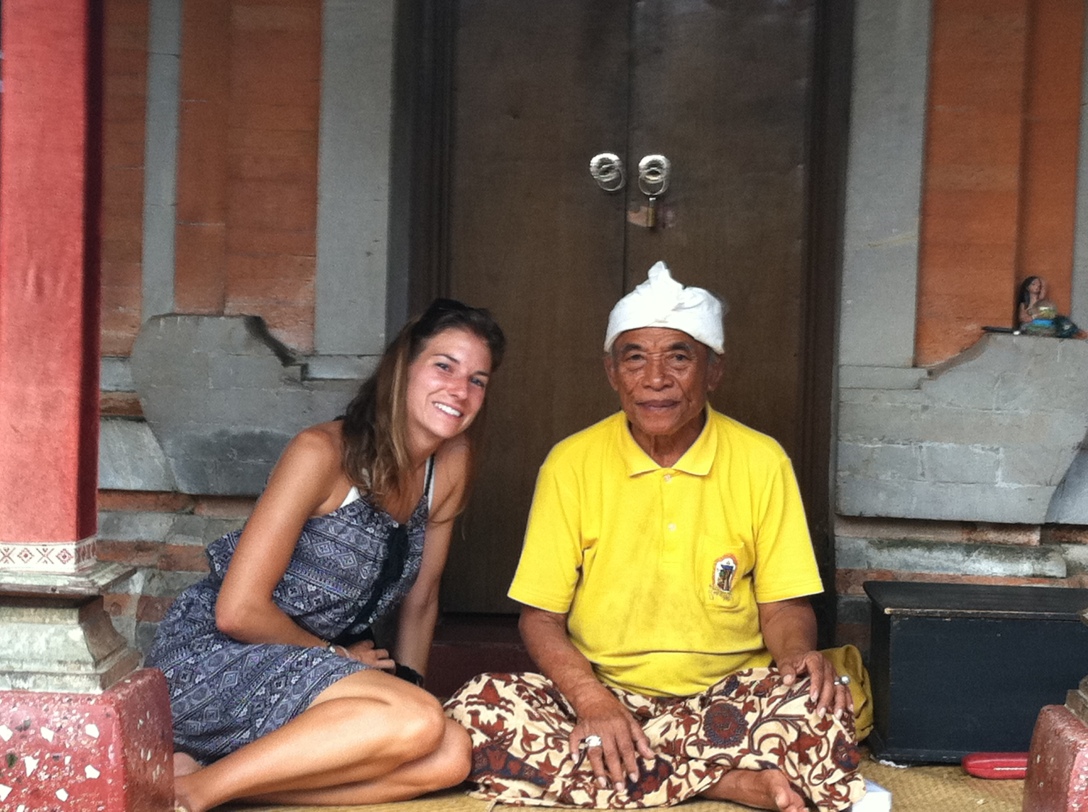